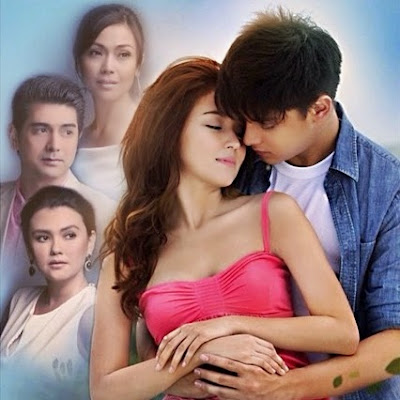 The much awaited trailer for the comebacking series Pangako Sa'yo has been released today!

The remake of one of the most iconic and highest rated program in the history of Philippine TV stars Teen Queen and King; Kathryn Bernardo as Yna Macaspac and Daniel Padilla as Angelo Buenavista which are portrayed by Kristine Hermosa and Jericho Rosales in the original series back in 2000.

Angelica Panganiban (as Claudia) and Jodi Sta. Maria  also joins the cast reviving the roles of the iconic warring characters of Claudia Buenavista and Amor de Jesus-Powers which were portrayed by Jean Garcia and Eula Valdez, respectively.

The 4-minute trailer shows the origin of the story starting up with the Amor and Claudia's rivalry over Eduardo then ended with Yna and Angelo's classic terrain shot.


Ian Veneracion, Boboy Garovillo, Sylvia Sanchez, Bernard Palanca, Jan Marini, Juan Karlos Labajo, Ella Cruz, Spanky Manikan, Susan Africa, Bangs Garcia, Joem Bascon, Dominic Roque and many more. It is directed by Rory B. Quintos, who also directed the original series with Dado Lumibao and Olivia Lamasan while Star Creatives, ABS-CBN's Entertainment unit behind the successful series' Princess and I and Got to Believe will be the one in-charge to produce the remake.

The original Pangako Sa ’Yo (known internationally as The Promise) was a successful hit in China, Malaysia, Indonesia, Thailand, Cambodia, and Singapore. Outside Asia, it was also shown in Kenya, Ghana, Cameroon, Tanzania, Namibia, Zambia, Botswana and Uganda, making African audiences instant fans of Hermosa and Rosales.

SEE: Below is the Official Promotional Poster of the Primetime series Pangako Sa'yo

Pangako Sa'yo is set to premiere this May 25, 2015 in Primetime block.