Kapamilya hunk actor, Jason Abalos is now the subject of an alleged sex scandal video that is now spreading online like a wild fire. 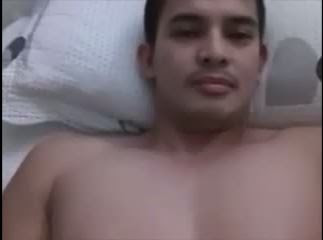 A screengrabbed photo of the alleged private video of Abalos has been shared hundreds of times on Twitter and other social media sites.

According to source, the collaged screenshots were taken during Abalos’ chat with someone with the use of Viber, an instant messaging app.

Netizens easily identify him due to the striking resemblance of facial feature, body built and haircut.

While download links of photos and video of Jason Abalos are now being shared over on several social networking sites.

The 29-year-old actor and his camp have yet to comment on the controversial issue.

Jason Abalos is a Star Magic artist, was discovered after joining ABS-CBN's reality show Star Circle Quest. He is now in a long-term relationship with the 23-year old Pinoy Big Brother: All In 4th Placer Vickie Rushton.