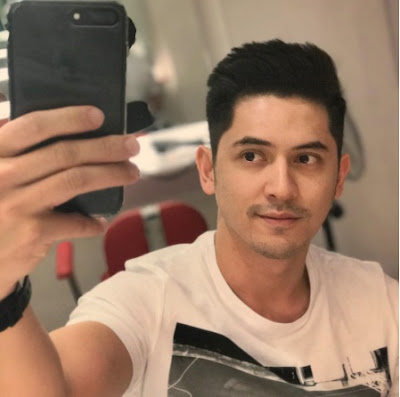 Another local hunk actors name has been dragged to newest photo scandal on social media.

On May 11, Thursday, an alleged private photo of Kapamilya actor surfaces online.


The photo shows a collage photo wherein on the left is a normal photo of "The Better Half" actor wearing a black shirt, brown jacket and jeans inside the plane seat while on the right shows a half-faced man wearing somewhat likely what Villena is wearing in the other picture but is now revealing his private part.


The scandalous photo received mixed reaction from the online fans. Some praised the actors' alleged manhood for its size while others were not convinced because it does not show Aaron's face.

As of writing, Ahron has not released any statement yet about this issue.