Jake Ejercito is the real father of Andi's daughter, not Albie 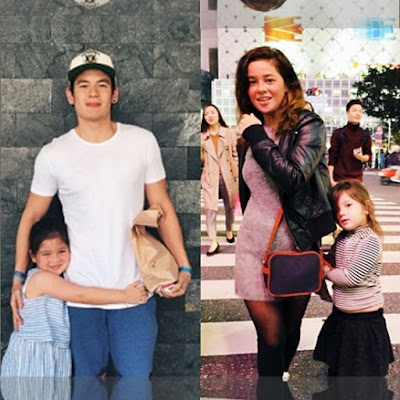 Maxene Eigenmann just dropped a shocking revelation on Thursday, September 22, when she shared that Jake Ejercito is actually the father of Andi's 5-year old daughter.

In a nearly 2-hour episode of Good Times With Mo, Max Eigenmann revealed that Jake Ejercito - not Albie Casiño - is the biological father of Ellie, Andi Eigenmann's daughter.


Watch the controversial podcast video below:

Controversial DJ Mo Twister asked Max, his podcast co-host, on her opinion regarding Andi and Jake's odd kind of relationship.


"Hey! Max how do you feel about all this drama with Andi and Jake," Mo asked his co-host.

“It doesn’t bother me, whatever. They’re always like that.” She answered.

“You know that he’s the father of my niece, right?” she added. Mo Twister confirmed with a follow-up question, “Yeah, not biological, right? But still, father figure.”

To which Max responded with, “No, no, no. He is, he is. They did a test. Yeah, he’s the dad… They’re co-parenting that’s why he always posts photos of my niece.”

She also shared that she doesn’t see her sister getting back with the son of Mayor Joseph Estrada but sees him as part of the family anyhow.

“No, they’re not gonna get back together. I don’t think so… [But] he’s a really, really good guy. I love the guy. He is a friend also and I consider him family because of my niece,” she declared.

On this same show, Maxene also said that Andi is currently with someone: "My sister has a boyfriend, for like a year now. This surfer guy, who is a younger brother of my friend, coincidentally," Maxene said.

It can be remembered that back in 2011 when Andi Eigenmann was reportedly almost five months pregnant, she revealed that the father of her child was her "first boyfriend" Albie.