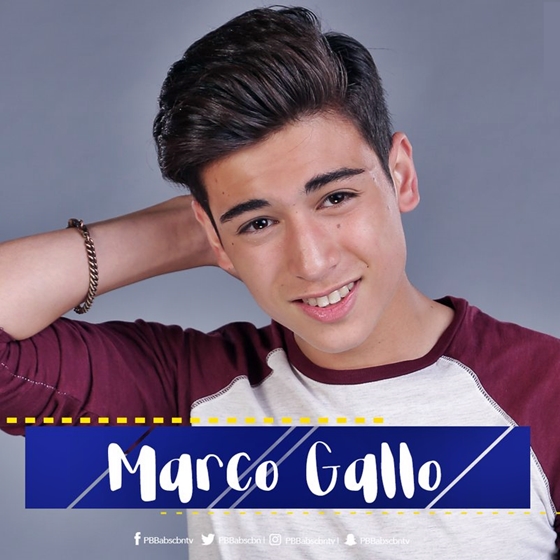 Dubbed as the Pinoy Bello ng Italy, Marco was one of the 5 lucky teen boy housemates in the newest season of Pinoy Big Brother Teen Edition.

Marco is a half-Filipino, half-Italian. He grew up overseas and is a multi-lingual. He knows how to speak five languages including Filipino, English, Italian, Spanish and French.

In an interview, he told that he idolizes former PBB housemates James Reid and Bailey May, and hopes people will like him like how they like them as well.

This teen charmer described himself as 'Makulit.' He also said that he joined PBB to know about the culture of the Philippines. “Kasi yung last time na pumunta po ako ng Pilipinas, 2008 at hindi ko natandaan medyo ‘yung Pilipinas,” he said.

To know more about Marco and other teen housemates, watch Pinoy Big Brother: Lucky Season 7 weeknights, after Born For You on ABS-CBN.