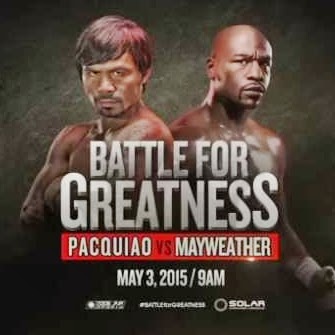 The fight that everybody has been waiting for years is now a reality. Watch as two of boxing's greats, undefeated Floyd Mayweather Jr. and eight division world champion from the Philippines Manny Pacquiao battle it out and settle the score once and for all happened May 3 from the MGM Grand Arena in Las Vegas, Nevada.