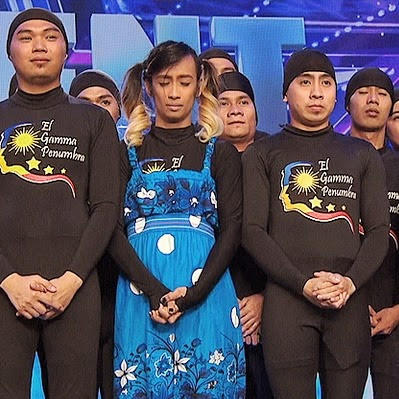 
All of the remaining finalists performed together for the opening of the reality TV competition's results night. WATCH IT BELOW!

"She always will have a place in my heart" says mentor and Godfather, David Foster.

Charice, the Youtube Sensation and "The Most Talented Girl in the World" according to Oprah performed at the stage of the said reality talent show competition. Charice's performance on "Asia's Got Talent" is the first time in over three years that she will sang in the presence of Foster.

Before the announcement, the four judges performed a funky and disco version of "Let's Groove" made the crowd stand on their feet and dance.

The winner was announced on TV channel AXN on Thursday (May 14).  El Gamma Penumbra takes home the grand prize, a cash prize worth $100,000 and an opportunity to perform at the Marina Bay Sands in Singapore.

Khusugtun, a band from Mongolia has made it to the grand finals of “Asia's Got Talent” placing 2nd place by performing very unique music.

Little rockers from Thailand, The Talento choose a fitting song to kick off the Grand Finals singing "Final Countdown."

Below are some of the congratulatory tweets from all the netizens worldwide:

"Goosies all day! It's a moment of pride for the Philippines as El Gamma Penumbra wins the biggest talent show in the world. Congratulations also to Gwyneth Dorado, Junior New System and 3rd placer Gerphil Flores. #AsiasGotTalent #StarmoInMalaysia #TuneCelebratesTalent #SmartRoaming #TuneToMalaysia" - posted by Edsel Roy (@starmometer) on May 14, 2015 at 3:37am PDT