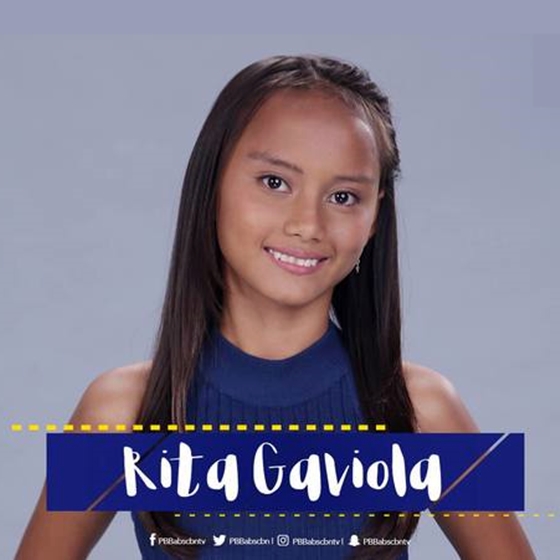 Rita Gaviola, the online sensation known as "Badjao Girl" from the Pahiyas Festival in Lucban, Quezon is one of the Pinoy Big Brother: Lucky Season 7 teen housemates.

Badjao girl caught the hearts of many netizens after her photo went viral last May during the recent Pahiyas Festival in Lucban, Quezon, with netizens gushing over her complexion and high cheekbones. Her picture was taken by Topher Quinto Burgos.


In an interview on 'Rated K' aired on Sunday, Gabiola, whose family traveled from Zamboanga to Lucena City, said she wants to be a teacher to help others.

The City Mayor and local government of Lucena City have promised to help her family while "Rated K" and "Lingkod Kapamilya Foundation gave her a scholarship.

Rita is the second among six children of a fisherman and a housewife.

To know more about Rita and other teen housemates, watch Pinoy Big Brother: Lucky Season 7 weeknights, after Born For You on ABS-CBN.