Did Kris Aquino get a great deal on the Kapuso network? I suppose she did base on the scoop we got. 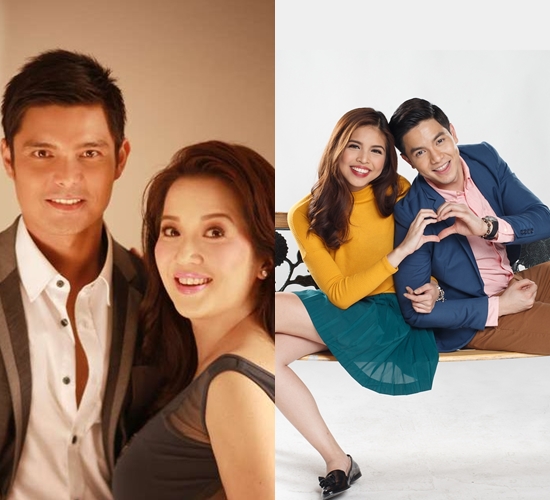 The veteran actress and talk show host were warmly welcomed by the Kapuso stars after finding out that she is officially part of the network under APT Entertainment.

When Solenn Heussaff went live on August 25 (Thursday) during the taping of their Kapuso sitcom “A1 Ko sayo", three staff members of the show were caught talking about the newest Kapuso recruit.

Well, it is not a gossip since they sounded pretty sure about the information they got.

They talked about Kris Aquino’s contract and her talent fee and even her upcoming shows including a new game show and a teleserye with  Kapuso Primetime King Dingdong Dantes and the AlDub tandem.

One said, “Kapag Sunday meron siyang game show. Tapos gagawa siya ng teleserye with AlDub and Dingdong (titled) ‘Sinasamba Kita.’ Seems like the Queen of all media will be busy in the next coming years.

Truth or a lie? Well, Solenn made everything clear and ask if the information is reliable and the staff said "yes!"

The big revelation didn't end yet because it also mentioned that Kris' contract is going to last for 5 years and a talent fee of 800M. Now that is what you call a GREAT deal!