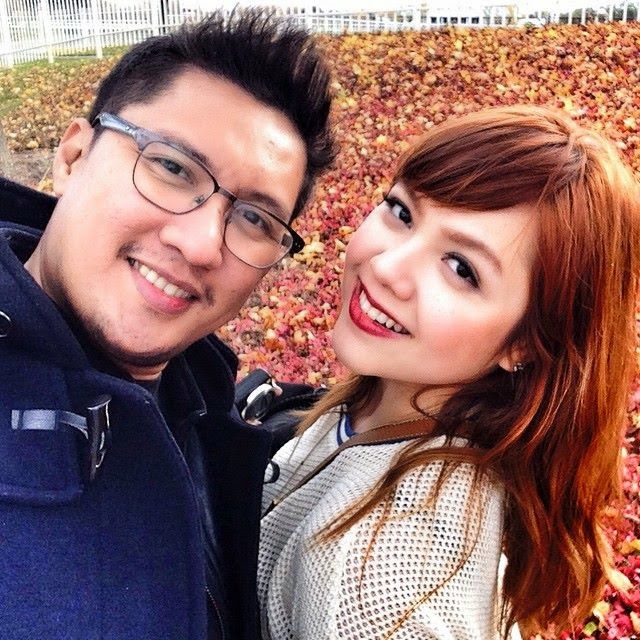 Two weeks ago, GMA News reporter Oscar Oida shared with the world how he proposed to his girlfriend for 5 years MJ Marfori, TV5's entertainment journalist.

What Oscar said in his proposal

“We’ve been together for a long time. And we have bridged our pasts together and crossed the bridges of today together. Now, here at Bow Bridge [I ask], I’d like to cross and build more bridges with you.

“Maria Josefina Romualdez Marfori… MJ, will you marry me? Please say yes and take this ring and never say no to me again.”

"MJ thought we were just going to walk around Central Park and do our usual picture- and video-taking.

She did not have any idea that something big was waiting for her at the Bow Bridge (the second-oldest bridge in the park), which I set up with the help of a group of accomplices.

I had a fake balloon sales lady hold white balloons and one red, heart-shaped balloon; a photographer who pretended to be selling roses; and a band composed of a singer, a guitarist and a violinist.

The cue was I would buy the heart balloon and give it to MJ. Then the band would start playing my song for her, “All of Me” by John Legend, which is her favorite song as well.

Then I knelt down and brought out the ring. As the cliché goes, love is the bridge between two hearts. That’s why I chose to propose at Bow Bridge, considered one of the most romantic places in Central Park. Scenes from films like “Manhattan,” “The Way We Were” and “Keeping the Faith” were shot there.

I used to think an engagement is merely a formality. But it’s different when you experience it. I was nervous and excited. I didn’t mind the passersby. My focus was on MJ. It was like a dream sequence. She’s not the cheesy type, so when I saw her crying, I fell in love with her all the more. I gave her a white gold, one-carat diamond ring, which is as clear as our love for one another."